The Mystery of  Olga Chekhova 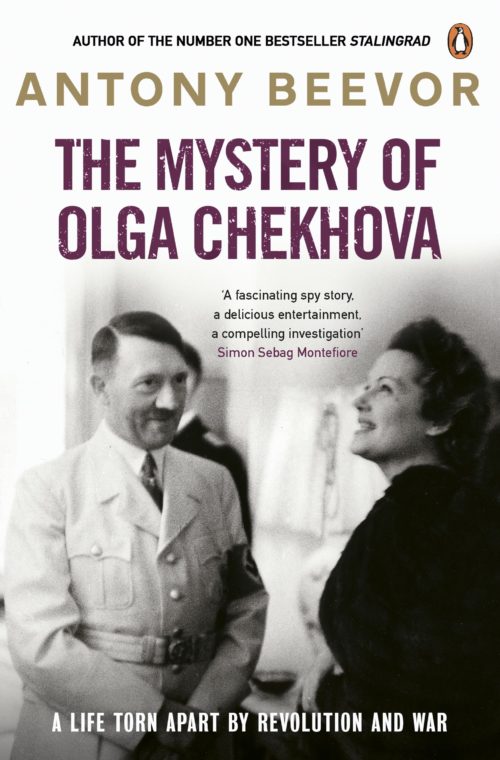 “Beevor delivers a fascinating spy story, a delicious entertainment and a compelling archival investigation.” Simon Sebag Montefiore, Evening Standard
“A true story that is dramatic, evocative and well worth unearthing.” The Observer
Buy now on Amazon

In 1920, young Olga Chekhova, the beautiful niece of Russian playwright Anton Chekhov, fled Moscow for Berlin—taking only a smuggled diamond ring. Olga quickly won both celebrity as an actress and prominence in the ranks of Germany’s Nazi party, eventually becoming Hitler’s favorite actress. But was she really a sleeper agent recruited by her brother, Lev Knipper, to spy for the Russian NKVD?

Antony Beevor’s The Mystery of Olga Chekhova tells the extraordinary tale of how one family survived the Russian revolution, the civil war, the rise of Hitler, the Stalinist terror, and the Nazi invasion of the Soviet Union. In putting together this amazing story, Antony Beevor demonstrates how people survived under the terrible pressures of a totalitarian age. He reveals a confusion of courage, idealism, fear, self- sacrifice, opportunism, and betrayal. The most astonishing part of this truly epic tale is that both Olga and Lev would live through this most murderous era in modern history. 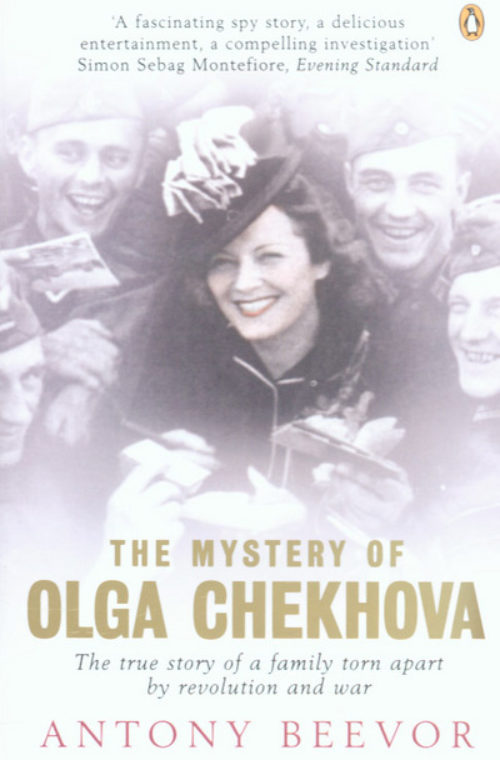 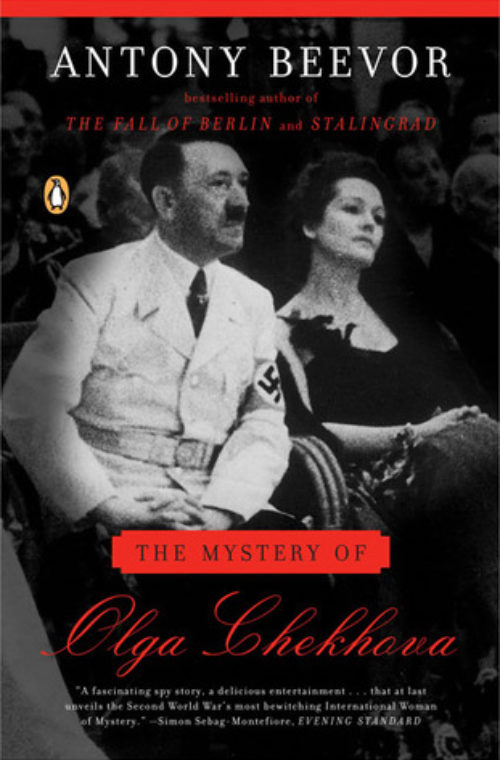 Read Less
“Beevor delivers a fascinating spy story, a delicious entertainment and a compelling archival investigation.” Simon Sebag Montefiore, Evening Standard
“An extraordinary drama of exile and espionage, celebrity and concealment. . . As in the Stalingrad and Berlin books, though in a less deeply tragic key, Beevor’s new work brings home to younger readers what he calls “the fate of the individual within the mass” during Europe’s age of tyranny, genocide and total war.” Boyd Tonkin, Independent
“Beevor [gives] us vivid portraits of the Knipper and Chekhov clans, setting them within their times with the flair and rich texture one expects of him.” Theo Richmond, The Spectator “A true story that is dramatic, evocative and well worth unearthing.” The Observer “Beevor’s work is, above all, the fascinating story of an extraordinary family living through extraordinary times. On those grounds alone it’s a great read. Families, as so many novelists have discovered, provide a wonderful window into the past. . . Beevor tells the story with seemingly effortless grace and it reads like the very best novels. He is a gifted writer and this is an enthralling tale.” Gerard DeGroot, Scotland on Sunday “Antony Beevor’s engaging and revealing memoir of the junior Chekhovs . . . He tells the parallel stories of sister Olga and brother Lev with clarity and panache. . . as engaging a read as Stalingrad and Berlin: The Downfall 1945.” David Edgar, The Guardian “This compelling work . . . fascinates the reader by making Chekhova and her despicable brother Lev Knipper prisms through which one examines the degraded life of the citizens of Nazi Germany and Soviet Russia and explores the shadowy, morally ambiguous world of the Russian emigré . . . As in his other books, Antony Beevor is remarkably astute at digging out testimonies from living descendants and closed archives.” Donald Rayfield, author of Anton Chekhov, Literary Review “This riveting read is a classic of the genre. It plays out the story of one woman’s extraordinary life against the sweeping backdrop of European and Russian mid-20th century history to gripping effect.” V. Groskop, Daily Express “Antony Beevor’s fascinating research into her life. . . The Mystery of Olga Chekhova is an intricate, gracefully told and often moving social history of a talented intelligentsia family in times of revolution, civil war, totalitarian dictatorship and world conflict. The reduced frame of its narrative complements Beevor’s justly celebrated accounts of the fates of nations and armies in Stalingrad and Berlin: The Downfall 1945, deepening and extending in time their focus on the encounter between Russia and Germany in the mid-20th Century” Rachel Polonsky, author of English Literature and the Russian Aesthetic Renaissance, The New Statemsman “[With] its colourful subject matter and Beevor’s well-paced narrative, the Mystery of Olga Chekhova never fails to absorb,” Harvey Pitcher, The Times Literary Supplement “Beevor does what every biographer should do: he uses the story to evoke a world – the vague ideological borderlands of Nazism and Communism, the shifty political ecology of 20th-century eastern Europe. On a small scale, the book exhibits Beevor’s big-book knack: he can write excitingly yet with restraint, and never resorts to grand guignol to grip you.” Felipe Fernández Armesto, The Times

“An important and compelling story, presented here with a masterful balance of narrative momentum and scholarly insight.” Benjamin Paloff, The Moscow Times

“Beevor’s panoramic tome also brings to life a grandly incestuous theatrical dynasty revolving largely around Stanislavsky’s Moscow Art Theatre and torn between the old order and the new exigencies of Soviet society.” Vogue “The Mystery of Olga Chekhova, the latest from British military historian Antony Beevor, is not quite the book of intrigue its title intimates. It is, in fact, much better than that: both the chronicles of a family’s fortunes across three decades of war and revolution, and the story of war and revolution in the context of a family’s narrative. Across revolution, civil war and world war, Beevor traces the movements of the Chekhov-Knippers as they traversed continents, oceans and loyalties.” Dana Kletter, San Francisco Chronicle “To his credit, and the book’s favor, Beevor lays bare the limits of Chekhova’s consequence. By his tale’s end, shorn of myth, his protagonist is revealed to be an opportunistic actress, a flagrant embellisher and a spy of dubious accomplishment. Beevor, however, adroitly elevates his material, setting an ungainly life against the most spectacular turns of Europe’s past century. The result is a gem, a small tale spun large, a familial epic freighted with historical drama. . . In the end, The Mystery of Olga Chekhova is not even a spy story, but a tale, like the best stories from the Soviet century, of struggle and survival. Therein lies Beevor’s achievement. . . a miniature of a century of turmoil and tragedy.” Andrew Meier, The Washington Post “A fascinating and informative read” The Jerusalem Post “This fascinating journey” Toronto Globe and Mail Read More