Crete: The Battle and the Resistance 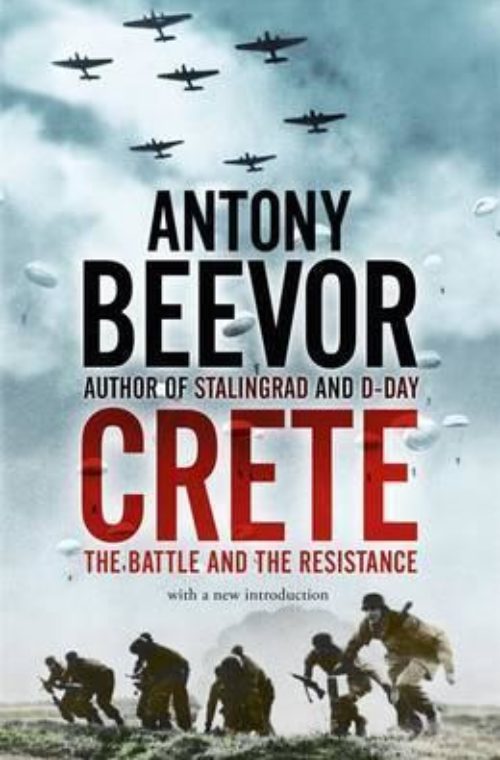 “Excellent... an arresting account of the whole war on Crete, including the ghastly experiences of the Cretans under German occupation” John Keegan in The Sunday Telegraph
“It is a complex, moving story, and Mr Beevor tells it very well, with a masterly analysis” The Independent
Buy now on Amazon

First published to coincide with the 50th anniversary of the battle, and drawing on new sources and the experiences of key participants, this book recounts for the first time the Fall of Greece, the Battle of Crete and the Resistance from 1941 to 1945.

The German invasion of the island from the air, unique in the history of warfare, turned into the closest-run battle of the war. The slaughter of German paratroopers on the first day by New Zealand, Australian and British troops was so great that if just one platoon had still been in place by Maleme airfield the next morning, General Student would have been forced to admit defeat.

For the first time Ultra intelligence played a key role, but how General Freyberg, Churchill’s favourite hero from the First World War, handled that information and the battle itself remains controversial. This book overturns previous interpretations of the battle by showing how he misread an Ultra signal at the crucial moment with disastrous consequences.

Little in Greece and Crete seems to have conformed to regulations, certainly not the archaeologists and romantics whose approach to irregular warfare had an air of fiction rather than serious military endeavour. One special operations veteran compared the comings and goings of the cast list to an Anthony Powell novel. There was Peter Fleming with his private army known as ‘Yak Mission’, the archaeologist John Pendlebury with his glass eye and swordstick, Bob Laycock the commando leader, and his intelligence officer Evelyn Waugh, for whom the retreat over the mountains to Sphakia triggered deep disillusionment and self-loathing.

Resistance demonstrated Cretan qualities to the full – ferociousness and reckless bravery, spontaneous generosity, and also a sense of fun – Patrick Leigh Fermor’s celebrated abduction of General Kreipe ‘made the whole island feel two centimetres taller’, as a member of the Cretan resistance put it.

This book is far more than just a military account, it is a fascinating story of uncommon characters living at the limits of courage.

Read Less
“Excellent books have been written about the battle for Crete, but none, for me, has been as vivid and clear and exciting as Antony Beevor’s Crete – The Battle and the Resistance. His unerring flair for the climate and the feel of the conflict . . . his insight and his grasp of these events make them seem as though they had happened last week . . . This brilliant book” Patrick Leigh Fermor in The Daily
“Antony Beevor has safely avoided the risk of belittling the epic story by over-dramatization. He has served his heroes well, both Greek and British, so that even those who knew them personally will now know them better” C.M.Woodhouse in The Times Literary Supplement
“This lucid, readable book is set to become the standard work” Gerald Cadogan in The Financial Times “The best book we have got on Crete – better even than Dan Davin’s, who was there” M.R.D. Foot in The Observer “An admirably researched study... In fact, when the official history of SOE in Greece is published, it should quote from this book” Nigel Clive in The Spectator “Beevor’s book has a fine cast of characters, both British and German... his facts are accurate and his judgements sound. The lively eloquence of his prose may console those who participated in one of the Empire’s most poignant defeats” Sir David Hunt in The Times “Waugh is but one of the numerous cast which Beevor handles with a dexterity reminiscent of Simon Schama’s technique in Citizens. He portrays the minor characters and leading players with equal fidelity, even when the scene switches from military to clandestine action; and in the latter, less documented area, his assiduous research is triumphantly apparent” Xan Fielding in the London Magazine “As a writer, Antony Beevor goes from strength to strength. This is history at its best, accurate but vital, analytical but exciting” Geoffrey Powell in The Birmingham Post “A new study was scarcely called for unless it enhanced the battle perspective by one means or another. Antony Beevor has met this requirement triumphantly. in this absorbing, readable and valuable book” General Sir Anthony Farrar-Hockley, The Royal United Services Institute Journal Read More